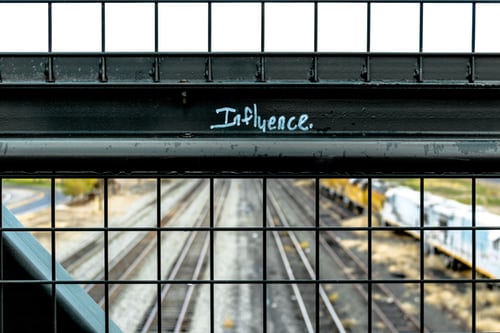 How you think impacts your world. Centuries ago, one man thought of how life would be so much easier if we had electric light bulbs and today the entire world has benefited from that thought of Thomas Edison. In 2003, a group of students thought of how Harvard students could stay connected through an online community. This thought led to the development of Facebook by Mark Zuckerberg. Today Facebook is the most influential social network in the world with about 2.2 billion monthly users. Compare this with a man who thought the Jews to be inferior and less than humans. This thought impacted the world, but in the most negative way. It led to the holocaust; the death of six million Jews between 1941 and 1945 when Adolf Hitler was leader of Germany.

What you believe, who you believe in, how you dress, what you eat, the type of music you listen to, what you share or post on social media platforms impacts your world. Last year, a video of Success, a primary three pupil of a school in Sapele, Delta State, who was sent home by the head teacher for not paying her fees went viral. The next thing you know, it was as if the whole world was looking for Success to help her. The effect of the video was beyond what the person who recorded and shared the video had in mind when she shared it. She shared something not realising how it would impact her world.

Today through religion, schools, music, business and the internet, both young and old people are being lured into cults. Formally, cultism was associated with people in higher institutions who wore particular colours, terrified and intimidated people on campus, and were involved in bizarre and violent activities. But today, cultism has taken another face. Many people belong to cults and don’t even realise it. We live in a time that at the speed of lightning, so much knowledge and information is circulated. Even though most of it is not the truth; are not based on the truth of God’s Word, are cultists beliefs, thousands of people believe and fashion their lives according to what a religious leader, mentor, musician or actress they admire posts on their social media handles.

If all we think about as believers is how to get married, have children, travel out, or make more money, we are limiting the effect and influence our relationship with Christ is to have on our world. If all churches do are think about how to have awesome Church Services and have our church auditoriums or sanctuaries jam-packed with people, we are limiting the influence the church should have on society and the world at large. God has called us to be agents of change and vessels of transformation, this we do by influencing the 7 pillars of society; religion, family, education, government, media, arts and entertainment, and business. “Jesus said “Go into all the world and preach the gospel to every creature” (Mark 16:15). All the world means every segment of society. We are also told to “Let your light shine before men, that they may see your good works and glorify your Father in heaven” (Matthew 5:16). Our light is to shine before all men, not just before the men or people in our church. Our light is to shine in our homes and families, our light is to shine before men in business, people in politics, entertainment and the educational sector. Our light is to shine on all our social media networks.

You don’t need to be a business guru or the owner of a multinational company before you can influence the business or corporate world. Simple things like not being lazy or shifty at work, treating employees with dignity, not unduly inflating the cost of your products, can start and spread a positive change. The trash I throw on the streets impacts my world, one person sees me doing this, does the same thing, and before I know it, 5, 10, 500 people are littering the streets and nobody sees anything wrong in it. It’s so easy to affect the conduct, thoughts and character of another person. A man frequently beats his wife black and blue, his son gets accustomed to this type of behaviour, grows up to beat his own wife. Before you know it, this trait has eroded the family values of different generations and families. One person says it is okay for people of the same sex to get to married, within a short time, this idea becomes legalised by different world leaders. We are either affecting our world positively or negatively. We are either having a positive or negative influence on the family, educational sector, government, media, arts and entertainment, and the business world. Even by just being neutral, ‘minding our own business’, not reporting or addressing harmful activities we see on the streets, in our schools, churches, or amongst political and religious leaders, we are impacting and influencing our world; we are allowing evil to thrive. Edmund Burke once said “The only thing necessary for the triumph of evil is that good men should do nothing.”

God has called us to influence our world not allow our world influence us (Romans 12:2). Our influence starts with our mind. Jesus died so we could have Him in our hearts, so He could influence how we think (1 Corinthians 2:16, Philippians 2:5), act and respond to issues and situations in our world. His Word is to transform our thinking so that we in turn can transform our world. Are you transforming your world or are you being transformed by your world? Government is still in need of a Daniel and a Joseph who will serve with integrity and be used by God to establish His counsel for our nation. The legislative arm of government is still in need of an Esther who will stop the implementation of harmful laws and policies. The entertainment industry is still in need of the Davids of our time who will sing and play songs that will chase out evil spirits, not artistes that will infiltrate our nation with evil spirits and unruly behaviour. Families all across this nation and the world at large, need rebuilders like Nehemiah; men and women who will rebuild godly family values that have broken down. People like Joseph, Daniel, David, Nehemiah and Esther who made a difference haven’t fizzled out, their stories didn’t just end on the pages of the Bible, we are meant to continue in their strides. We can continue in the footsteps of these Bible characters who added value, if we understand that we are on this earth to impact and influence our world, we are in this world to be a light that won’t be hidden under a basket or bucket, but will shine brightly in the family unit, political and educational sector, business and corporate world, in the media and in the arts and entertainment industry. Don’t just be a Christian in church, let people out there feel your impact; let the different segments of society and the people God brings your way, be touched positively by the light of Christ you carry.