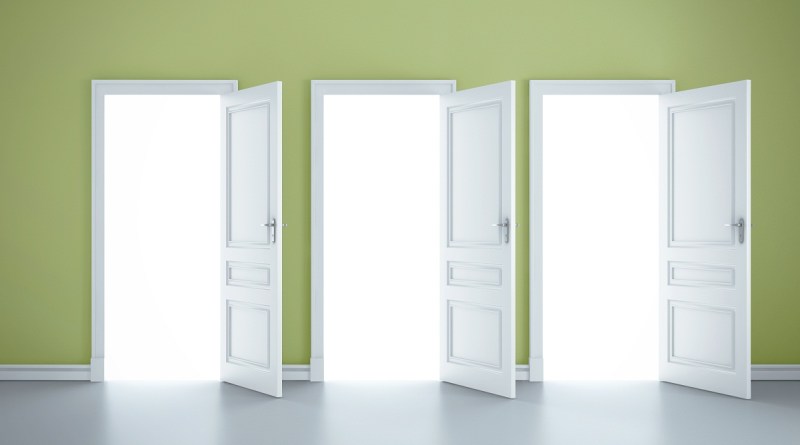 We all desire growth and progress in every area of our lives. Without open doors, a person can be confined to a particular level or spot. Open doors enhance movement. We need open doors to move from one place to another, from one level to another. Open doors give us  access to some blessings, places, people and opportunities.

Revelation 3:7 describes Jesus as the One that opens a door which no one can shut and the One that shuts a door which no one can open. For the Bible to describe Jesus in this way, it means in this life, everyone needs Christ to open certain doors and to close certain doors. Through this message, the Lord shall close every door in your life that needs to be closed and He shall open all doors you need to progress and be fulfilled in life.

Most doors have a key you use to open it and lock it. So also in the spiritual realm, there are keys that are used to open certain doors. In Matthew 16:19, God says that He has given us the keys to the kingdom of heaven. Note that he didn’t say key (singular) but keys (plural), meaning that more than one key is needed to experience open doors. One key may open one door say the door of promotion, but that key may not be able to open the door of healing for you. You may need to use another key. But all the keys you need have been given to you.

What are the keys we need to open doors of favour, victory, deliverance, breakthrough, success, promotion, increase, good health and peace?

Praise opened the prison doors for Paul and Silas in Acts 16:22-27. Paul and Silas found themselves in prison. They found themselves in a place they needed to get out of. They needed an open door to get out of the prison. What did they do? They started praising God. What happened? The prison doors opened. These men were lost in praise to God. They were not distracted by the things and people around them. All their attention was focused on God. Their praise may not have come from the best of voices, but it was genuine and it was very powerful.

As you praise God with everything in you, open doors shall be your portion. Every spiritual, financial, career, and marital prison door will open before you as you give God sincere and quality praise.

You have this powerful key in your hand, use it everyday, use it very well. God delights in the praises of His people. Delight Him with your praise and He will arise to open doors for you.

In Acts 12:1-7, we have an account of another instance where prison doors were opened. Peter found himself in a place he didn’t want to be. He found himself in prison. He needed an open door to get out of the prison. Peter received this open door because people were praying earnestly for him.

In Luke 11:5-10, the door was locked and a friend needed something. He didn’t go back home because he saw the door of his friend’s house shut. He kept knocking, he kept asking. Finally, the friend got up, opened the door, and gave him what he wanted.

In Revelation 3:8, God had opened a door for the church in Philadelphia. When Jesus said that a door had been opened to this church, He wasn’t talking about a door in a physical building. The door He opened to them was not a physical door that could be seen with human eyes, but a spiritual door.

Many times there are doors that God has opened for us. The doors may be right before us, but we can’t see them because we lack discernment. It takes discernment to know when a door has been opened for you. In 1 Corinthians 16:9, Paul said a great and effectual door had been opened to him. Certainly, this wasn’t a physical door. Paul discerned the great thing God was about to do in His life. Through spirtual  insight, he understood that God had gone ahead of him to open certain doors for him to get to certain people and impact their lives. He saw this open door because He was in touch with God; his spiritual eyes and ears were working perfectly well. If Paul didn’t discern and perceive this open door, he may never have gotten to those God wanted Him to reach for Christ.

Do you know that it is possible for you to be praying and fasting for an open door in a particular business meanwhile, God has already opened this door? Without discernment, you won’t know which doors the Lord has opened for you. It is good to praise God, it is equally good to pray to God, but if you lack discernment, even when God opens a door for you in response to your praise and prayers, you may not know this. You may miss the divine opportunity that is right before your eyes.

In Psalm 24:7-8, we are told of ancient gates. These gates can be likened to doors; doors that have been closed for a long while that need to be opened. It took courage for the Psalmist to start addressing these ancient gates and telling them to open for the King of Glory to come in. The Psalmist didn’t allow the size of these ancient gates to intimidate him. He didn’t allow how long they had remained closed to frighten him. All he was concerned about, was getting those ancient gates opened. He knew that for the gates to open, he had to boldly and courageously confront these gates to open for the King of Glory.

May you receive courage to confront all doors standing before you that need to be opened. And may you be courageous enough to pass through every door God opens to you irrespective of how challenging the door looks or what is on the other side of the door, knowing that if indeed it is God who has opened the door, all will be well as you walk through that door.

This is a very powerful key. Giving can open doors you can’t imagine. See the great door of salvation that has been opened to millions of people because God gave His One and only Son to die on the cross. In Malachi 3:6-10, we are told of how giving of one’s tithes can open the floodgates of heaven. These gates can be likened to doors of blessings that we need opened to us. It pays to be generous. Take your giving to another level and watch what God will do in your life. As you generously give of your time, resources, talents and gifts to God’s work and God’s people, may a door that will lift you to higher ground be opened to you.

In conclusion, you will observe that doors come in different sizes and designs. They can be made of wood, glass, or iron. Some are very thick, while some are light. Some doors are common and plain, while some can’t help but be noticed because they are unique and stand out. From today, as you stand on the Word of God and declare it over your life, all closed doors no matter their size, no matter their texture, no matter the force of darkness working to see that the doors remain shut, they will burst open for you. As you become a person of praise, prayers, discernment and courage, as you give lovingly and sacrificially, God will open doors of favour, blessings and opportunities for you.

I declare into your life that starting from today, the door that will make you stand out, God will open for you. In Jesus name, AMEN!