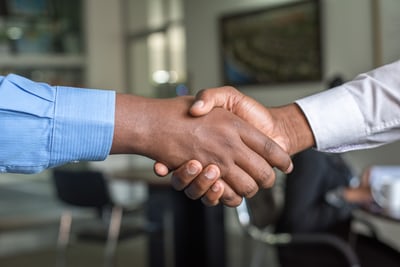 ‘Now there was a young Hebrew man with us there, a servant of the captain of the guard. And we told him, and he interpreted our dreams for us; to each man he interpreted according to his own dream.’ – Genesis 41:12

One recommendation from God can change your story.

In Genesis 41, Pharaoh had a dream. None of the magicians and wise men of Egypt could interpret his dream. Pharaoh’s Chief Cupbearer then recommended Joseph, a man he had met while in prison. It was from this recommendation that Joseph got out of prison, was elevated and put in charge of the whole land of Egypt.

A divine recommendation is also needed if you are someone that even in your pain, challenges and difficulties, you still find ways to be a blessing to others. Even in prison, even when he had his own problems and issues, Joseph reached out to two officials of Pharaoh and helped them interpret their dreams.

A divine recommendation will not pass you by if you put in your best wherever you are, whatever assignment is given you. In Potiphar’s house, in the prison, Joseph was put in charge because his work and commitment stood out. Joseph didn’t say this place, this job is demeaning and below me and so was sloppy and careless with his responsibilities. Whatever was given him to do, Joseph gave it his best shot. No wonder he received a divine recommendation.

Are you someone that has so much on the inside of you to offer your world? On the outside, Joseph was a prisoner, but on the inside he was a great leader with wonderful potentials, amazing gifts and uncommon wisdom to influence and impact thousands of people. All he needed was the right opportunity, an opportunity that came when he received a divine recommendation.

I pray that for everyone who where you are today isn’t where you ought to be, everyone who in spite of the dry season you are in, still finds ways to put smiles on people’s faces, everyone who keeps showing up to give your best, everyone carrying so much inside you that the world needs, may you receive a divine recommendation that will change your story.

Father, let the mouth of my own ‘Chief Cupbearer’ no longer be closed concerning me. Cause him or her to give a recommendation concerning me that will lift me from the prison to the palace and land me a promotion that will turn my story around.

2 thoughts on “The Power of a Divine Recommendation”