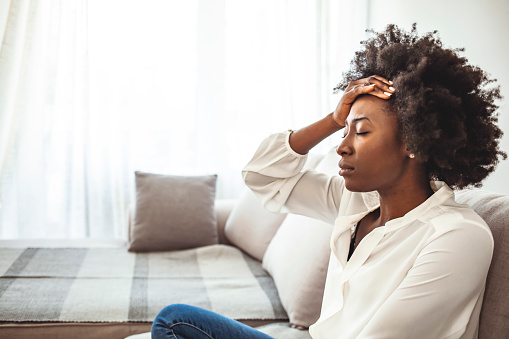 In Exodus 15:4, God is called a Man of War. Psalm 24:7 says He is the Lord, strong and mighty, the Lord Mighty in Battle. Several Bible verses also refer to Him as the Lord of Hosts (Isaiah 3:1, 1 Samuel 1:11, Isaiah 44:6, Malachi 3:17, Haggai 2:4). Hosts means armies, it means a great number and multitude. God is the Commander in Chief of the heavenly host (Luke 2:13). He is also the Commander in Chief of His army here on earth made up of a great number, a great multitude of believers who are soldiers for Christ.

From the time the devil rebelled against God and took one third of the angels in heaven (Revelation 12:7-9), there has been strong satanic opposition and resistance to the will, counsel and plan of God. When God saves us, He recruits us, He enlists us into His army so that together with Him, we can stand against every satanic opposition to the will of God for individuals, families, the church of God and nations of the world. We are saved to serve as soldiers of the cross who contend in battle against everything contrary to the plan and purposes of our God. This is why 2 Timothy 2:3 tells us to endure hardship as a good soldier of Jesus Christ. Ephesians 6:11-14 tells us to put on the armour of God, the military uniform of soldiers in God’s army. Jeremiah 51:20 tells us that we are God’s battle axe and weapons of war. God wants to use us to shatter the plans, meetings, arrangements of the kingdom of darkness. God wants to use us to root out, pull down, destroy and throw down everything He has not planted in our lives, families, church and nation (Jeremiah 1:10).

In 1 Samuel 1:11, when Hannah prayed to God for a child she said ‘O Lord of hosts, if You will indeed look on the affliction of Your maidservant and remember me, and not forget Your maidservant, but will give Your maidservant a male child, then I will give him to the Lord all the days of his life, and no razor shall come upon his head’. Why did Hannah address God as the Lord of hosts when praying for a child? Hannah realised that what was happening to her wasn’t ordinary. She was engaged in a battle that needed the intervention of the Commander in Chief of the heavenly army and the army of believers here on earth. Hannah’s praise and prayers to God after He answered her prayers, are truly reflective of someone who indeed had been in a serious battle and God had given victory. In 1 Samuel 2:9-10 she said ‘He will guard the feet of His saints, but the wicked shall be silent in darkness. For by strength no man shall prevail. The adversaries of the Lord shall be broken in pieces; from heaven He will thunder against them…

I pray every adversary against God’s plan for your life, God’s blessings manifesting in your life will be broken in pieces as you arise and contend in battle.

There are some battle God fights with His heavenly host or army without our involvement. For example, when we are fast asleep at night, He who watches over Israel that neither sleeps or slumbers (Psalm 121:4) is awake doing everything possible alongside His angel of protection that encamps around us (Psalm 34:7), to ensure no evil befalls us at night, to ensure our lives are not cut short and terminated by the evil arrows flying about or by the terrible things being planned for us and our families at meetings of darkness.

Then there are battles that we need to arise and fight, and as we do this Jehovah, the Man of war and His heavenly army will stand by us, back us up, fight for us like He did for Hannah.

It is someone that is sitting down, lying down or sleeping that you tell to arise. What is the state of your prayer life today? Are you sleeping instead of praying? Are you lying down and cuddling sins and bad habits that weaken our zeal and desire to pray? Do sit down day after day to complain about all the things  you don’t have that you are now too discouraged to pray? There’s too much at stake when believers do not pray. To slip into prayerlessness is to step into dangerous territory; it is to make yourself vulnerable to attacks, wounds and defeat on the battlefield of life.

In Romans 15:30-32, we see Paul appealing to the believers to contend with him in prayer so he can be delivered from every opposition and can go to the places God would have him go to and impact those God wants him to reach out to. Paul knew the great victories God gives when believers arise to pray that’s why he made this passionate appeal to them to arise and pray.

The weapon of prayer is not a carnal, ordinary weapon. It is mighty through God for the pulling down of strongholds (2 Corinthians 10:4). God is calling on us soldiers of Christ to arise and use this weapon, to rise up and contend in the place of prayer so we, our families, the church of God and our nation can be delivered from every evil work.

When we arise to pray, God takes over the battles of our lives and contends with everything and everyone contending against, He takes up our case and fights for us (Psalm 35:1-2).

Prayer is one of the ways we experience the presence of God. Our greatest armoury and arsenal when we go to battle is the presence of God, which comes from spending time with God, developing an intimate relationship with God. When the presence of God is with you, no matter the size and strategy of the enemy, they can’t defeat and overcome you (Deuteronomy 20: 1-4). Surely, the devil and his cohorts will gather against you because you are not one of them, but when God is with you, they will fall for your sake (Isaiah 54:17). God will frustrate, render weak and powerless all their devices and evil schemes for your life (Isaiah 8:10, Job 5:12).

Don’t be afraid of any battle or any enemy for God is with you and victory is guaranteed. So, arise in the place of prayer and contend in battle. The Lord strong and mighty, the Lord mighty in battle will surely silence all your foes and bring down every evil gate standing between you and your joy, breakthrough and testimony.