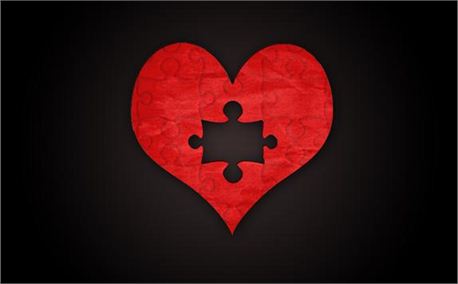 “Mummy”, Weyinmi said slowly, “Tamuno and I have decided to get married”. It was obvious from the look in her eyes and the smile beaming on her face Weyinmi was overwhelmed with joy.

The dead silence that followed gave Weyinmi the impression her mother hadn’t heard her. As she was about to repeat herself, her mother lifted up her head, looked directly at her, and angrily snapped, “Don’t ever mention this rubbish to your father! You know very well your father and I have been looking forward to the day you would get married, only for you to storm in here with this disappointing news. Do you expect me to be happy?” Not waiting for a response her mom continued, this time with a higher and angrier tone. “Do you really expect me to happy you ungrateful child?”

“But mummy”, Weyinmi said softly. “This isn’t something I am foolishly jumping into. I have prayed about this”, Weyinmi was quick to explain. “Please mummy”, tears began to form in her eyes, her initial excitement gone. “Please mummy, try and understand. I love Tamuno. I can’t imagine myself married to anyone else”.

“Love indeed!” her mom sarcastically remarked. “What do you know about love? ORITSEWEYINMI”, her mom shouted out her full name. “Listen to me and listen to me well. I don’t want to ever hear about this again. Do you understand me?” By this time Weyinmi was all tears. “There isn’t going to be any such marriage in this house so go and tell your Tamune or whatever it is you call him to erase from his mind all ideas he has about marrying you”. Her mom then eyed her from head to toe, hissed and walked away muttering some things under her breath. The only word Weyinmi could pick out of all her mother’s grumbling was “nonsense!”

How could I have been so naïve? Weyinmi asked herself as she wiped away the tears running down her cheeks. How could I have ever imagined my mom would approve of my marrying Tamuno? To have imagined her wedding plans going smoothly was like believing it would snow in Nigeria. Come to think of it, it seemed more probable for it to snow in Nigeria than for her parents to get along with the Ijaws. Her parents had tried over the years to explain the reason behind their dislike for the Ijaws. But as far as Weyinmi was concerned, it was nothing but H-I-S-T-O-R-Y. A story from the past with no relevance to what was happening today; a story with no bearing on her love for Tamuno.

Weyinmi didn’t have all the facts and figures in her head, but she knew the unhidden anger her parents had for the Ijaws had something to do with her parents’ long established ceramics factory located in Warri that was burnt by some Ijaw militants about seventeen years ago. Was she wrong in her thinking, wasn’t seventeen years enough time to get over and forget an incident? But for Weyinmi’s parents, the incident felt like just yesterday. No, her parents hadn’t forgotten. They were still bitter, very bitter. Their anger wasn’t so much with the militants but with the Benatu’s. From what Weyinmi heard, Mr. Benatu had been her father’s oldest and closest friend. But when her parents’ ceramics factory was burnt down, the Benatu’s made some statements not just to her parents but to other people as well which her parents didn’t find funny at all. They were statements her parents considered an outright endorsement and support for what the militants had done to them. They were statements her father could not get over, statements too painful to forget. Ever since then, the mere mention of the Benatu’s had become a taboo in her family and her parents had developed a strong disapproval for all Ijaws.

Greatly discouraged and disappointed after her conversation with her mom, Weyinmi tried to call Tamuno. She desperately needed to talk to him and tell him of her mother’s disheartening reaction. He would have a solution. She was so sure that he would have a solution. As for Tamuno having a solution, he was even more destabilized than Weyinmi. All he could say was “let’s give them some time I’m sure your parents will come round”.

But her parents didn’t come round. They didn’t change their minds. To worsen things, Weyinmi’s father threatened to disown her if she went ahead with the marriage. Forced to choose between her parents love and the relationship most dear to her heart, Weyinmi was placed in a dilemma. She was at a cross road and whichever way she chose to turn, it didn’t look like true happiness was in sight. And so with each passing day, she found herself gradually being separated from the man she desired to spend the rest of her life with. A great big wall stood between Weyinmi and her happiness and love. It wasn’t a physical wall that you could see or touch. It was a wall that had been built in the mind, a wall of ethnic prejudice.

It’s just a story, but most of us if not all of us, have something in common with Weyinmi and Tamuno’s parents. Whether we are willing to admit it or not, we all harbor biased and unfair reservations about people from other tribes. Maybe like Weyinmi’s parents you have suffered some loss or harm from someone from another tribe and so the mere mention of that tribe annoys you. Of course we can talk to, attend church with, or be colleagues with people from other tribes, but that’s as far as it goes. Anything more than that is calling for trouble, serious trouble. We have our limits as to how far we can interact with people from other tribes. “Oh no, I can never marry a Benin man” you would hear some ladies say. “God forbid bad thing for my child to marry a Hausa person” some parents would say. Or you hear statements like “the last person in this world I will ever do business with is an Igbo man”.

Tribalism, which has to do with strong negative feelings for those outside your tribe, isn’t something new. During Jesus’ years on earth, He had to deal with the issue of tribalism. Bitter hostility existed between the Jews and the Samaritans (John 4:9). In fact, the antagonism was so strong that when Jesus set out to go to Jerusalem, the Samaritans openly opposed Him and His disciples. In retaliation, His disciples wanted to call down fire from heaven on the Samaritans but Jesus rebuked them (Luke 9:51-56). As far as Jesus was concerned, that certainly wasn’t the kind of attitude or mindset we should have towards people from another tribe. To put His preaching into practice, when He met a Samaritan woman at a well, He had no reservations about her. Jesus went ahead to lovingly and openly express God’s love to her (John 4:1-26).

I was touched the day I got to understand the person in the parable of the Good Samaritan who helped the man who had been attacked by robbers, was not someone from his own tribe, or even the professing Christians, but someone from a hated tribe – a Samaritan man. This was the man Jesus approved and commended; the man who demonstrated true Christianity knows no national or ethnic boundaries (Luke 10:30-37).

Are there some tribal walls in your mind that needs to be pulled down? Irrespective of the differences between us and those from other tribes, or the bitter experiences we have suffered in the hands of people from another tribe, or the stories we have heard over the years of people from a certain tribe, God expects us to love, respect, tolerate and accept everyone from every race and tribe. Remember, God was angry with Aaron and Miriam because they criticized Moses for marrying an Ethiopian woman (Numbers 12:1). From Galatians 3: 28, we understand why there is no basis at all for tribalism. “There is neither Jew nor Greek, slave nor free, male nor female, for you are all one in Christ Jesus”. And Revelation 7:9 clearly tells us what heaven looks like. A place with people from every nation, tribe and language closely living and coexisting together from eternity to eternity. If we are having problems and issues with relating to people from a tribe different from ours, we certainly are going to have a major problem when we get to heaven.

2 thoughts on “Breaking the Tribal Walls”