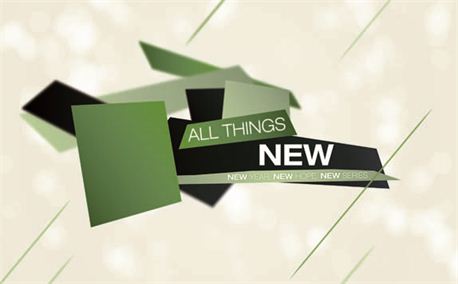 Different ministers of God have spoken at different times about a New Beginning. A lot of us are familiar with Isaiah 43:19 where God says behold I do a new thing. But the question is how many of us can say we have truly experienced a new beginning in our walk with God, family life, career and finances? Can we truly say we have experienced a new beginning in our church or in our nation?

We want many great things to happen in our lives, families, church and nation, but we are not ready to pay the price. Moses had to pay the price –
•He had to confront and challenge a very hard and cruel ruler like Pharaoh.
•He had to be willing to face resistance and opposition from even the people he had been sent to help.
A new beginning isn’t automatic. Something must be done for there to be a new beginning and somebody must be available and willing to do those things that will bring about a new beginning.

As Jesus was ministering on that day this woman received her healing, there were many people like her who needed a new beginning and who all they needed to do was touch the helm of Jesus garment and they would receive a new beginning. But some would have seen the crowd and said I don’t have the time and patience to pass through this crowd. Some would have said I am not a crowd person and not bother at all to get to Jesus. Yet, they were expecting a new beginning. Not only did the woman with the issue of blood have to pass through a large crowd to get to Jesus so she could receive a new beginning, she had to do something that wasn’t convenient or comfortable. This woman was bleeding on that day (Mark 5:29). This wasn’t a comfortable situation to be in. It wasn’t comfortable and convenient for her to leave her house that day in the condition she was in. It would have been so much easier for her to just sit at home that day and pray for a miracle. But she went out of her comfort zone. A new beginning will require you going out of your comfort zone to do something that is not convenient and comfortable.

It wasn’t convenient or comfortable for Moses and Aaron to keep approaching Pharaoh, performing such great wonders before him, yet each time he refused to let the people go. They went through all of that with Pharaoh because they were willing and available vessels.

What of in the church? Can we pay the price of the quantity and quality of praise, worship, prayers, evangelism, visitation, discipline, discipleship, financial commitments and sacrifices needed for the church to expand? The truth of the matter is that what a lot of us are expecting God to do is magic not a miracle. We don’t for instance tell anybody about our church or invite anyone to church, we don’t even live the life in our homes, offices, or schools that would attract people to our church, yet we want the church to expand. It is magic that can fill it without anything being done by anybody.

Moses would never have known what great things God could use Him to do if he just continued to sit down with his father-in-law tending flocks. It was by surrendering himself to God and being available and willing that He saw God move in a mighty way.

Exodus 12:38 tells us that when the Israelites left Egypt, they left with a mixed multitude. This mixed multitude had such a negative effect on the Israelites. In Numbers 11:4-6, we see the bad influence this mixed multitude had on the Israelites:
•They distracted their focus and attention from the Promised land and took their minds back to Egypt the land of slavery and captivity.
•They influenced them to start complaining and grumbling, something that greatly displeased God.
•And tragically, they were responsible for many not entering the Promised Land and experiencing the new beginning God wanted to give them. See the judgment of God that came on the Israelites who started craving other food besides what God had provided for them (Numbers 11:33-34).
So God may want to give you a new beginning, you may be also available and willing, but because of the people you are closely relating with, the people you are allowing to walk closely with you as you journey into your promised land, you could miss your new beginning. My prayer is that everyone who will not allow you get to where God wants you to get to, where God has destined for you,  God will cut you off from such people. Everyone whose association is not helpful to you, God will cut you off from such people so you can truly experience a new beginning.

It was a sign of lack of faith, trust and confidence in God. Despite everything God had done to show them how much He loved them, it was like they were saying they didn’t trust Him, they weren’t confident in decisions He had taken, or things He had done on their behalf, they didn’t believe in Him.

It showed how ungrateful they were. In Egypt they had to work extremely hard to have food to eat. Now, without doing any form of labour, God provided manna for them. He gave them food they didn’t have to pay for or work for, but they didn’t appreciate this and so God was angry at their ungratefulness.

I Corinthians 10:10 is a warning to us who want to experience a new beginning that we should avoid grumbling and complaining. Complaining doesn’t change anything, it doesn’t make things better. It didn’t make things better for the Israelites but worst. They saw one judgment of God after the other because of their complaints. But they didn’t learn. They grumbled and complained about the manna God gave them and the Lord sent fire to consume them. Yet they didn’t learn. Miriam and Aaron still went on to complain about Moses’ wife and ministry and Miriam became leprous. In spite of this, they still went on to complain about the land the spies had been sent out to see that there were giants in the land and God destroyed them. This was how they kept on grumbling and complaining till virtually all of them were destroyed in the wilderness. The Israelites were not wise and so didn’t learn anything from their mistakes. But we don’t have to be like them. In fact, their own error has been put down in the Bible for us so we don’t end up falling into the same error they did and miss the Promised Land and new beginning God wants to give us.

Ask yourself this question: since I’ve been complaining about my country, my church, my spouse, my boss, or my situation has it changed anything? If it hasn’t, then why are you still doing it?

Instead of spending time complaining, let’s make a conscious decision to be a people of thanksgiving. If we grumble and complain from now till tomorrow, nothing is going to change. If on the other hand, we spend quality time thanking God for what He has done in the past and what He is presently doing, things can change. Psalm 50:23 makes us understand that when you are thankful, you honour God and He visits you.

May the Lord visit you in a very powerful way as you thank Him every day of this year and do away with grumbling and complaining. I also pray for you that anything that can hinder you from experiencing a new beginning, may the wind of the Holy Spirit blow out of your life, in Jesus mighty name, AMEN!