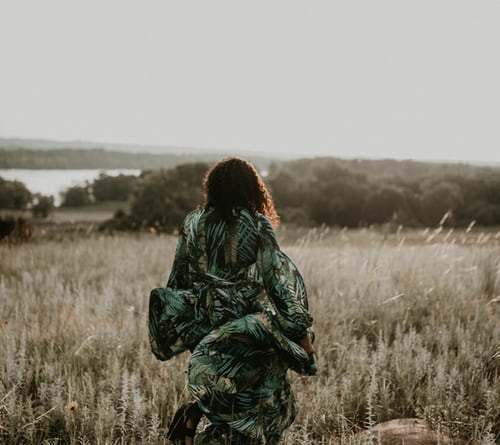 WOMAN TO WOMAN
December 1, 2022December 2, 2022 Tesh 3 Comments Better is the end of a thing that its beginning thereof, Don't Quit, Life of Esther, Resist Discouragement and Depression, Tesh Njokanma

It’s not every novel that you pick up that from the opening chapter, it grabs your attention and you are just hungry for more. There are some stories that while reading the first chapter, you yawn a couple of times not because you are sleepy, but because it is boring! It’s the same with life. Our lives are like a book, not every life starts with a big WOW! Reading the first few chapters, there may be nothing that impresses you or catches your attention about that person’s life. That’s how Esther’s life started. Esther was an orphan, her uncle who took her as his own daughter when her mother and father died, was among the captives that were carried away from Jerusalem by Nebuchadnezzar the king of Babylon. This was how this Jewish girl later found herself living in Persia (Esther 2:6-7). From Esther’s childhood days to the initial part of her stay in Persia, her life is blah-blah-blah. She’s just part of a number; part of the number of exiled Jews. There’s nothing impressive or fascinating about Esther’s life and story. At this stage of her life, if you were reading the story of her life, you wouldn’t be reading with much enthusiasm. Most likely, you would want to put the book down at this juncture because her life isn’t an attention-grabbing story. Little do you know that there’s more to come, so much more to come. You are yet to get to the part where the King of Glory steps in, takes over, and turns things around for Esther making her a queen who God used to change the course of history for the Jews (Esther 2:22, Esther 4:10-11, Esther 5:2,4, Esther 8:5).

I don’t know what chapter of your life you are in right now. It may be like Esther’s childhood story or her initial stay in Persia, nothing significant and impressive seems to be happening in your life. When you look all around you, it appears that most of the people you started school, career, business even Christianity with have all gone ahead of you. But for you, life just appears to be full of all kinds of delays, pains and setbacks that right now, you are at the verge of giving up. But who says this is the final chapter of the story of your life? Who says that all you see today is all the Author of your life has in stock for you? There’s more to come, so much more. You are yet to get to the part where your life is about to change in a big way, the part where the King of Glory steps in, takes over, and turns things around for your good.

Any book that the main character is the same person from beginning to end lacks depth; there’s nothing to learn. You haven’t opened the reader up to anything inspiring or challenging. The Author of our lives is the best Author ever (Hebrews 12:2) and He knows that what really makes a book is the end. The part of a book that makes a real impact and impression on a reader’s heart is the ending. When The Author of our lives wrote the story of our lives before we were formed in the womb, before we were born (Jeremiah 1:5), He didn’t leave us as the same person from beginning to end. Like Esther’s story, there are amazing opportunities that will come our way, activities we will get involved in that will be a game changer for us, risks we need to take if we want to move from where we are to where God has destined for us. The Author of our lives knows that the proof of the pudding is in the eating; He knows that the final results are the only way to judge something’s real quality. He knows that a good book is judged more by its end than its beginning. That is why the end He has for us is a glorious one. So, don’t quit now, the story of your life isn’t over yet. You won’t remain the same person from the beginning to the end of the story of your life. Your change will come, so long as you follow God’s script and don’t settle for the devil’s script. It is only God’s script that has a great ending for you.

Imagine what would have happened to Esther if she allowed depression take over her life because she was an orphan and decided to follow Satan’s script. Imagine if Esther listened to the lies of the devil that she was nothing and nobody and committed suicide. Imagine if she got so frustrated with life because she didn’t come from a wealthy background and things were not going so well for her financially. Imagine if she gave up on herself and on life because of where she was coming from not realizing where God was taking her, not realizing that a few years down the line, she would be a queen living in the royal palace, she would be in a top position and would have the kind of wealth that would amaze her and daze all those that had looked down on her.

My dear sister, it is scriptural, it is the truth, it is the story of your life written by the Author of your life that your end will be better than your beginning. This I declare to you in Jesus mighty name, amen (Ecclesiastes 4:7). So, irrespective of where you are today, what you don’t have today, who is mocking you and looking down on you today, or who has gone ahead of you, please don’t quit now, the story isn’t over!

3 thoughts on “Don’t Quit Now, The Story Isn’t Over”