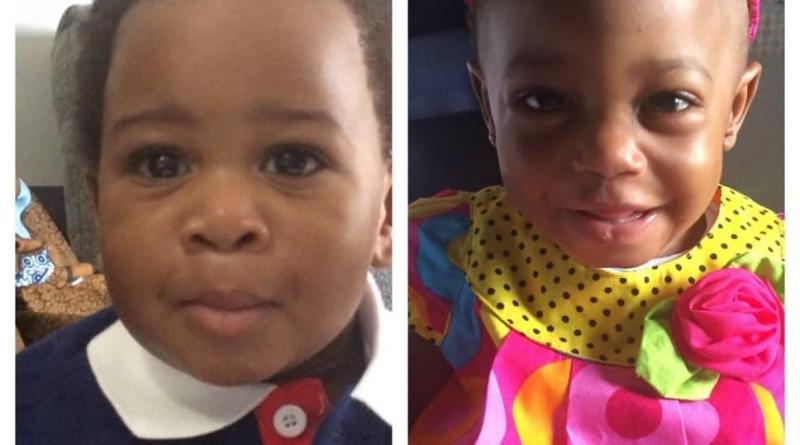 WOMAN TO WOMAN
May 8, 2020October 9, 2021 Tesh 0 Comment Count Your Blessings, Double For Your Troubles, It will end in praise!, Tesh Njokanma, Testimony

This month as these twins in my church turn 5 years, I want to rejoice about something God did for two of my friends and church members. I have the kind permission of Funke and Bamidele Alabi to share this testimony.

Funke and Bamidele got married in 2000 and Funke was diagnosed with polycystic ovarian syndrome. It means she doesn’t have a period every month. Her own cycle was about 50 to 70 days. So she had to be on medication to regulate her cycle and stimulate ovulation. This went on for 2 years before she eventually got pregnant. They had their first daughter BOLUWATIWI (As the Lord said) July 2003. God had actually told them during a church program the previous year that they would have a testimony concerning child birth the following year. Little did they know that it would take 12 years before they would have other children.

They started again with the treatments and doctors visits without success. In 2007, Funke got pregnant again. Sadly, they lost the pregnancy. On her 40th birthday, Funke asked God for a present – a gift of twins. She told God that if He didn’t answer, she would take it she was not meant to have more than one child. She also made up her mind that no more doctors, no more treatments. That all the money they were spending in the hospital would be of better use in the house of God. God heard their cry and honoured their act of faith. The following month she got pregnant.

Just before she travelled to USA to deliver, she had a dream that she returned back to Nigeria with only one child. She prayed and didn’t give it much thought after that.

On May 25th, 2015, she went for her usual antenatal. Her doctor asked why she hadn’t done the special scan recommended as one of the twin was smaller than the other. She then went to the clinic for the scan but was told the earliest date available was in four weeks’ time. As she was about to leave, the receptionist told her that someone had just cancelled an appointment for that day so she could do hers in the next two hours. While the scan was on, she could tell from the expression on the radiologist face that something was wrong, but they didn’t give her any details. The doctor said she had to spend the night in the hospital.

The next morning as she had her bath, she felt something warm run down her legs. She looked down and saw she was standing in a pool of blood. In seconds her room was filled with doctors and nurses. She had an emergency C-Section and was delivered of twin children a boy weighing 2.13kg (called BOLUWATITO – How big God is) and a girl weighing 1.29kg (called BOLUWATISE – How God did it).

She later got to know that the placenta of the baby girl got detached and if she wasn’t in the hospital at the point in time, if her doctor did not insist she do a scan that day, if someone didn’t cancel her own appointment that day and she was attended to, there were high chances that she would have lost one of the twins and might even be fighting for her own life.

Boluwatise was so small and had a condition called sleep apnea. A condition that makes her forget to breathe especially while sleeping. She had to be fitted with a monitor which would sound an alarm if she stops breathing. Her mom would have to smack her several times to wake up if this happened. One afternoon, the alarm went off. By the time Funke got to her, she was stiff and not responding. She started shouting the name of Jesus. By the time the emergency team came, there was little movement. The baby girl spent a total of 5 weeks in the hospital before she was discharged. Today, the twins who are going to be five this month, their elder sister and parents are all doing fine to the praise and glory of God. God is truly a faithful God who comes through for His people. God gave them double for all their troubles.

It Shall Not Prosper

‘No weapon formed against you shall prosper, and every tongue which rises against you in judgment You shall condemn.’ –

God knows all things. Things the human mind has no idea about are known to God. It is absolutely impossible

The Lord shall preserve and protect my life all through this month. The healing power of God shall rest mightily