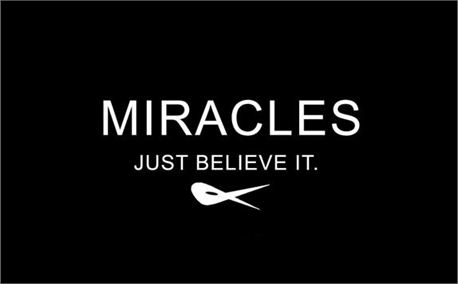 Have you ever come across a great job opportunity either in the papers or online that interested you? The job description is for someone in your chosen field, the pay is fantastic, and the experience and exposure it affords is the perfect opening you need to kick-start your career or boost your CV. But there’s a caveat. There’s this condition that comes with the job which immediately dampens your excitement. You have to be a particular age to apply. As it is, you are above the age required for the job.

In a world where certain products, activities, jobs and positions have age limits or restrictions, it’s a wonderful consolation to know that miracles from God don’t have age limits. It doesn’t matter if you are in your early 20’s, late 30’s, in your 40’s or someone people refer to as an ‘elder’ or ‘senior citizen’, when God decides to visit you or change your story, your age can’t be a limiting factor.

The Bible in Acts 3 tells us about a man who received an outstanding miracle from God. Acts 4:22 goes on to give us an idea of the age of the man who God decided to open a new chapter in his life. The verse reads: “For the man who was miraculously healed was over forty years old”.

There are many single people today whose story is similar to this man. When something is not working properly, that thing can be said to be crippled. For over forty years, the legs of this man weren’t working or functioning properly. This man wasn’t a baby, he was a full grown adult, yet he couldn’t walk.  Perhaps this is the situation you find yourself today. You aren’t a baby, you are far from being a teenager, maybe you are in your 30’s or well over 40, someone who ideally should be married by now, but it appears like your marital life is crippled; it just isn’t working. You have been involved in different relationships, yet they haven’t worked out. You have applied different tips and suggestions on ‘How to Choose or Find a Life Partner’, yet they haven’t worked for you.

Whenever this crippled man who was over 40 was placed at the temple gate to beg, he must have observed people much younger than him or people in his age group, gaily strolling into the temple gates. He must have noticed those younger than him, as well as his peers achieve things that appeared most unlikely for him because of the condition he found himself. Just like the crippled man who was placed at the temple courts to beg, oftentimes you have taken note of people much younger than you or in your age group strutting into the temple (church) with their spouses. You have also seen them achieve and acquire things that appear near to impossible for you.

Who would have ever thought the crippled man would walk. But he did because there is a Living God who performs miracles and His miracles don’t come with age limits.  The miracle God gave this man came as a big surprise to those who could predict the itinerary of the crippled man. There were people who were as sure as hell that the one place you would find the crippled man every three o’clock in the afternoon, at the time of prayer, was at the temple gate doing nothing but begging for alms (Acts 3:1-3).  But to their astonishment, on this particular day, the God whose miracles don’t have age limits had placed this man where they never expected to find him. He wasn’t at the temple gate begging, he was right inside the temple, on his two feet praising the Almighty God. Acts 3:9-10 says “When all the people saw him walking and praising God, they recognised him as the same man who used to sit begging at the temple gate called beautiful, and they were filled with wonder and amazement at what had happened to him”.

This season the God whose miracles don’t have age limits will locate you. Your marriage is going to come as a big surprise to many who have concluded that things can’t change for you. It will fill all those who can predict your marital ‘itinerary’ with wonder and amazement.

All this crippled man needed for his story to change was for him to encounter the dynamic working power of God. The day he was touched by the power of God, not just his legs but his entire life was never the same again.  For everyone whose marital life has been crippled from birth, I pray that whatever it is from your birth or foundation that is affecting your marital joy, the power of God will come on you, flow into you, straighten out, correct and rewrite your marital destiny the same way the crippled man’s legs were straightened. There will be no more defects, no more stagnation in your marital life. For everyone who is emotionally and physically exhausted from living life as a spectator; from watching others have and do things that ordinarily you should have or be able to do, I pray for the power of God to flow through you and renew your youth, strength and hope the same way the legs of the crippled man were renewed by the power of God. For everyone that people have concluded that because of your age you can no longer have certain blessings and opportunities, I pray that starting from this moment, the power of God will overshadow and saturate your life and you will become a living testimony of the fact that there is a Living God who performs miracles and His miracles don’t have age limits.

The Faithfulness of God

“Through the Lord’s mercies we are not consumed, because His compassions fail not, they are new every morning; great is

Whatever we focus on has the power to influence how we think, speak and live. To produce better and wiser

The things that will fill my heart with joy, God will make happen this month. November shall be a month