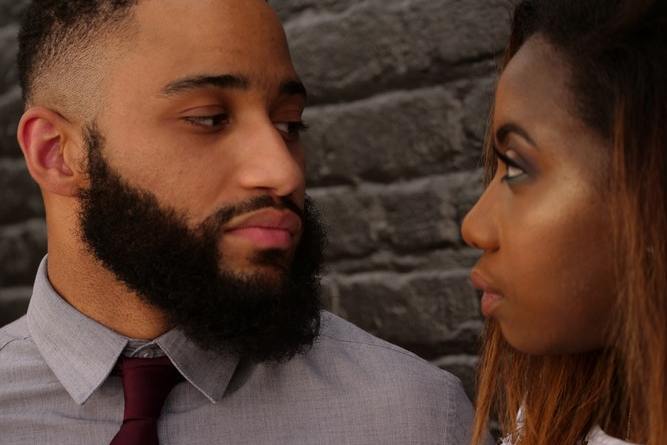 If marriage was all about good looks, then over three quarters of the people that are single today would be married. Being good looking does not equate to being chosen as a life-partner.

In Esther 2:2-4, a search for a queen and wife for King Xerxes began after Queen Vashti had been removed from her royal position. The King’s officials announced the criteria for who would fit this prestigious position. Beautiful young virgins from every province under King’s Xerxes realm were to be brought to the palace. The King would then select one person from among these beautiful girls that pleased him, and in a sudden twist of fate, she would become the new queen to replace queen Vashti.

No doubt about it, Esther had good looks. Esther 2:7 clearly tells us that Esther was lovely in form and features. But she wasn’t the only good looking girl that was brought to the palace. The palace was jam-packed with pretty faces. Yet in spite of the clean and glowing skin, shiny hair and breathtaking looks from a year of beauty treatment these other ladies received (Esther 2:12-13), after cat-walking before the king, they left the palace rejected and disappointed. It wasn’t just Esther’s good looks that changed her status from single to married. There was something more that Esther had and carried. It wasn’t just Esther’s good looks that made a common Jew, an exile that didn’t belong to any of the important and noble families in Persia the new Queen of Persia. There was something special about Esther. Esther 2:8-9, Esther 2:15, Esther 2:17 reveal what made Esther a recipient of an uncommon lifting. In Esther 2:8-9, we are told that Esther won the favour of Hegai, who was in charge of the king’s harem. In Esther 2:15, we see Esther winning the favour of everyone who saw her when she was brought before the king. Then in Esther 2:17 we are told of how Esther won King Xerxes favour and approval more than any of the other virgins. Esther was covered with a garment of divine favour. She was surrounded by the favour of God and God’s favour changed her story. God’s favour gave Esther an amazing marital breakthrough.

A number of people when desiring a change in their marital status from single to married make the same mistake the other beautiful ladies that were brought before King Xerxes made. They wrongfully believe that all it takes to get a man or lady attracted to them is their looks. They assume that once the physical attraction is established, the rest is child’s play; the person will quickly make up his or her mind to marry them. So like these beautiful virgins that were brought before the king, they give so much time, attention and money to their physical appearance which in itself is not a bad thing (Esther 2:12-13), but when it comes to marriage, looks are not enough. A potential spouse needs to see something more than your pretty face, well shaped body or macho physique. A potential spouse needs to see something much deeper than your physical appearance. A potential spouse needs to be comfortable with what’s inside of you and convinced that they live with and go with what’s inside of you for the long haul.

Beauty and charm are misleading (Proverbs 31:30). The fact that a person has a beautiful face doesn’t necessarily follow that the person has a beautiful personality. Furthermore, the fact that you meet someone today who is as slim as one of the top models of the world doesn’t mean that 10 years from now, the person would have that same model shape. Pregnancy, child bearing, unhealthy eating habits, even stress can change a person’s looks. Beauty and charm quickly fade away during seasons of weeping, pain and affliction. You won’t ever hear from the lips of any married person that what saved their marriage in moments of trials and difficulty, times of misunderstandings, and days of betrayal and disappointment were the good looks of their spouse. At such times, beauty and charm fade away; at such times, the last thing you think about is how good looking your spouse is.

King Xerxes looked at Esther and he saw something deep. He saw character. Indeed Esther was a woman of character; a woman of courage who risked everything to prevent her people, the Jews, from being exterminated. Esther was used by God to stop the first genocide attempt on the lives of the Jews. But the thing King Xerxes saw in Esther which he couldn’t explain was God’s favour. When God’s favour is on a person you find yourself doing things for this person that you can’t explain. Things you usually wouldn’t accept or tolerate, you accept from this person who carries the favour of God. We see this in Esther 4:11-12 and Esther 5:1-3. Ordinarily, someone who went to the King’s inner court without being summoned by the King would immediately be put to death. But in Esther’s case, she does this an instead of the King giving an order that Esther be put to death, the King does something strange, something that wasn’t typical of him. King Xerxes promises to give Esther anything at all she asks for. This was nothing other than divine favour in action.

So how did Esther come about this garment of favour that wherever she went she found favour? How did Esther receive such favour from God that gave her a marital story and destiny that today sounds like a fairy tale story to some people? Psalm 5:12 tells us “For surely, O Lord, you bless the righteous; you surround them with your favour as with a shield”. The righteous, the God fearing are blessed with divine favour. Esther feared God, knew God, and lived for God and He surrounded her with His favour as a shield. The righteous know Christ and have His righteousness imputed to them. A significant part of your time as a single person should be spent getting to know more and more of Christ so your relationship with Him is deepened. Even when things don’t go the way you want; even if you are still single after surrendering your life to Christ and trying to know Him, still keep getting to know more and more about your Lord and Saviour. No time spent developing your relationship with God and growing in righteousness is ever wasted.

Beloved, the favour of God still plays a key part in changing people’s marital story. I pray for those who desire a change in their marital status, those looking forward to their wedding day that God will put His fear in your heart. His fear will help you abstain from sin not indulge in sin. As God covers you with His favour, His favour will keep rejection and disappointment far away from you. God’s favour will do the humanly impossible in your marital life in Jesus mighty name, amen. His favour will give you a marital blessing and testimony you are not qualified to receive. God’s favour will envelope you and will put a new song in your mouth, a song of praise in your heart. Many will see what your God will do for you and they will be amazed at the mercy, favour and goodness of God towards you.