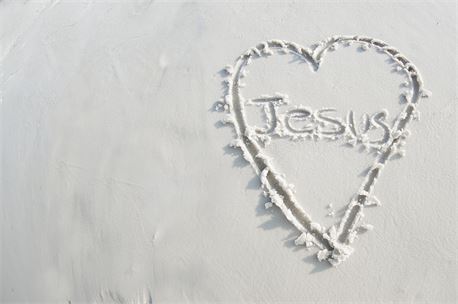 That stare. Oh that familiar stare. She seemed to get it everywhere she turned, everywhere she went. She knew what it meant. Without anyone saying a word to her, she knew what that stare meant. Loose woman. Immoral. Promiscuous. Unserious. But how did she get here? How did she get to this point? Even to herself, it sounded so unbelievable. Married five times, now living with a man that wasn’t her husband. There were so many things she hoped marriage would bring, but it hadn’t. There were so many things she believed the love of a man would give her, but it hadn’t. What was wrong with her? Maybe they were all right. The people who gave her that stare, oh that familiar stare. Maybe they were correct when they gave her that snobbish, derogatory look which said it all.

When she woke up today like she had on so many days, she never imagined what the day would bring. She picked her water jar and headed for the well. It was there she met Him. Talk about a meeting that changes it all. Everything about Him was different and it had nothing to do with the fact that He wasn’t from her tribe or was new to the town. If it had been anyone else, she would have gotten it. Oh yes, she would have gotten it. She would have gotten that stare that said it all. Actually, He did stare. But His said something else. She tried to read those familiar words in His stare. Loose woman. Immoral. Promiscuous. Unserious. But they weren’t there. Instead, she saw and read something she hadn’t seen or been told in a long time. He looked at her with respect. He spoke to her with a tender yet strong voice. The thing that amazed her most was that He actually knew. He knew everything, everything about her. He knew about the men. The failed and broken relationships. The man she was now with. The emptiness and frustration amidst it all. Yet, there was no trace of that repulsive stare. Instead, he offered her a way out of all the nothingness. Really, that was what it was. She had nothing. Not a good name, not a good record, not even a man to call her own even though there had been several ‘I do solemnly take you to be my lawfully wedded husband’.

The only thing that made sense was what He offered her. A gift of unending love. A gift of a new and better life. A gift of Himself. Talk about a meeting that changes it all. When she left Him, she knew she had gotten it. She knew she had discovered the place where peace resides. The place where true joy abounds. She knew she could now confidently walk with her head up in all circumstances and in all places because she had found hope, she had received a love that never disappoints. Simply put, she had been redeemed even though people considered her and her situation irredeemable.

John 4:1-42 is an interesting account of a Samaritan woman which I have tried to vividly capture in the story above. This woman must have believed that to be happy and fulfilled, you needed to be in a relationship. Being in a relationship meant so much to her. This woman dreaded with everything in her the thought of being single. So she sought one relationship after the other, one man after the other to give her a sense of acceptance; a sense of belonging. Many of us are like that woman. We believe there are things we need to have, pleasures to be enjoyed, lofty heights to be reached to be happy and fulfilled. But as much as we try to fill our lives with everything life offers: relationships, material possessions, notable achievements and accomplishments, there’s still this emptiness within. This is because without Christ in us and with us, our souls are on a restless and aimless voyage. Jesus is the only One that gives and brings true meaning to life.

Many of us are like that woman in another respect. We have fallen, missed it, and gotten messed up so many times that people wonder if anything good can ever come out of us. For some, it may not be your character people consider irredeemable. It may be that you are presently going through a situation that appears like a dark tunnel with no light at the end. It could be a health, family, marital or financial situation that appears beyond repair. Jesus redeemed the Samaritan’s woman’s irredeemable situation when she came in contact with Him. Talk about a meeting that changes it all. The once despised, condemned and disliked woman who had often gotten the cold shoulder, became a woman with a good testimony and record after one-life changing encounter with Christ (John 4:39-42).

No matter what you have done, no matter what you are facing, there is a meeting that changes it all. You, your life, your situation aren’t irredeemable, aren’t beyond hope. But you have to meet the person that can change it all. It’s not about where you have been, what you have done, it’s about meeting the person that makes all the difference. Jesus is still doing the same thing He did for the Samaritan woman at the well. The question is: Have you met Him? If you have never accepted Jesus into your life and you are ready to take this destiny changing decision today, say this simple prayer: Lord Jesus, I believe You are the Son of the Living God and that You died on the cross so I may have forgiveness for my sins and eternal life. Please Lord, forgive and cleanse me for every sin I have ever committed and come into my life. I realize that without You, I will thirst and never be satisfied; my life will be empty and without meaning. Draw me completely out of a purposeless life and bring meaning, hope and direction into my life. Help me to daily delight myself in You and live for Your glory. Repair the irreparable in my life, reverse the irreversible, and restore me back to Your original purpose for my life. Thank You for hearing me for I have prayed in Jesus mighty name. Amen!