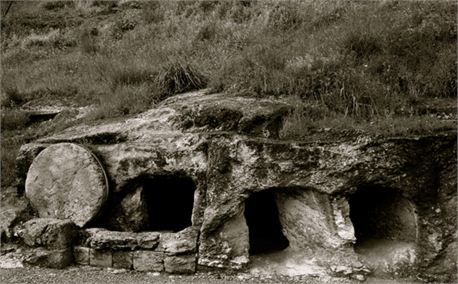 Burial ceremonies are one event most people don’t look forward to attending. Even if the age of the close relative being buried is 80, 85, 90 or a 100 plus, you still wish the person was alive and around. Its common to see a person who had appeared composed and calm all through a funeral service, to break out in tears when the person being buried is lowered to the grave. The reason being that at that moment, it dawns on you that this person is gone and completely cut off from you.

There has always been this finality that goes with a person being buried and placed in the grave, but Jesus came to debunk this. He brought a whole new dimension to death. In Christ was fulfilled the words David had spoken many years ago before Jesus came to earth. You will not abandon me to the grave, nor will you let your Holy One see decay (Acts 2:27).

Death has always been a great enemy to peoples happiness. It snatches away a loved one without your permission, without any warning or notice. Its so destructive, so painful.

I don’t think I have ever attended a funeral that no one cried. Even when its an elderly person being buried, someone will still cry. I read all the accounts of the death of Jesus in the Bible and I noticed something I had never really given much attention to. Nowhere in the Bible are we told that His mother, His brothers, His disciples or the women who had taken care of His needs, were weeping profusely or rolling on the ground and all the usual things we see happen when a person is buried. I can understand His disciples trying to brave it out, to show that they are men and need to be strong. But how is it possible that even women who are usually very emotional and easily given to tears didn’t even cry. It wasn’t like they were all 100 per cent convinced and assured that He would rise again. If anything, His resurrection took many of them by surprise. Did they all develop an uncommon type of tough skin over night?

I believe that so many of Jesus disciples and followers would have cried that day but didn’t because of all the unusual things that happened when Jesus gave his last breath. His death and burial didn’t follow the norm; it was totally different from all the burial ceremonies they had attended. The earth shook and the rocks split, there was an earthquake, the tombs broke open and the bodies of many holy people who had died were raised to life and the curtain of the temple was torn in two from top to bottom (Matthew 27:51-53). Tell me how anyone would cry under such circumstances. The people were too astonished and terrified by what they saw to cry.

With all these amazing things that happened at Jesus death, He was setting the stage for the ultimate victory. The defeat of death. Jesus has conquered death we need not fear death. As He arose from the grave, He rendered powerless the devil who all along had been using the hurtful power of death to torment people (Hebrews 2:14). As He arose from the grave, death was swallowed up in victory. He took away the sting of death (1 Corinthians 15:54-55). As He arose from the grave, He showed the skeptics that He is not just a religious leader. He isn’t Budhha or Mohammed or any other religious leader who came, gained followers, and later died. He is the Resurrection and the Life (John 11:25). Yes, like other religious leaders, He died. Yes, He was buried. But HE AROSE! Hallelujah! Christ arose!

He arose to take away your pains and wipe away you tears. He arose so you and I can have life. He arose to destroy the hold, grip and shackles of death. So today, allow the resurrection power of Christ overshadow you. The resurrection power of God can’t come upon you and you will remain the same. If the same power that raised Jesus from dead comes upon you, you can be sure of one thing. Whatever is dead in your life will come back to life, everything dear to you that the enemy has stolen will be restored back to you.

This Easter, the resurrection power of God will be so real in your life. It will overshadow you and make this season your season of divine restoration. You shall be given double for all your troubles. You shall be repaid for all the years the canker worm and caterpillars have stolen from you. The Lord shall restore all your lost fortunes and blessings. Above all, He will restore the joy of salvation to you. There will be no more serving God with a disgruntled and frustrated heart. There will be no more depression, no more sadness, no more weariness but joy and celebration with plenty testimonies to share.

2 thoughts on “Up From The Grave He Arose”