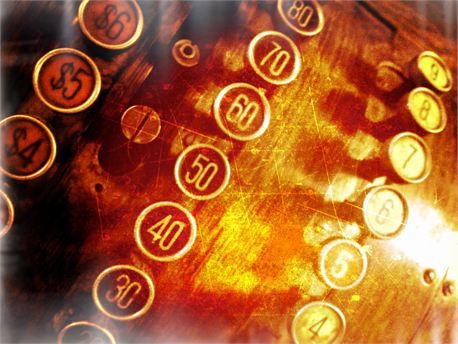 Virtually every country, organisation, or church have certain procedures or rules that have been put in place for how things are to be done, for how to get to a particular level or position in such institutions or organizations. Even families have their own protocol; their own way of doing things.

If for instance I want to see the General Overseer of the Redeemed Christian Church of God, I can’t just wake up and drive down to his house. There is a process in place on how to see the G.O. I may have to first book an appointment with his P.A., or write an official letter to him. This is protocol in action. Protocol helps to ensure that things are done in an orderly and fit manner.

God too honours protocol. That’s why the book of Psalms tells us that God follows precept after precept. He follows a process. He has His own procedure for doing things or for getting people to receive certain things from Him. There are certain laid down ways of approaching God. For example, in Psalm 100:4, David said, “Enter his gates with thanksgiving and his courts with praise…”  I believe that David, a man after God’s heart, must have written down these words out of practical experience. He had discovered the heavenly prescribed way of approaching God. He discovered that the protocol you need to follow for the gates of heaven to be opened unto you is to come through thanksgiving and praise.

Still from God’s word, we come across certain commandments and conditions you need to follow to get to a certain level or receive a particular kind of blessing or breakthrough. For example, the Biblically prescribed procedure or process in place to receiving long life is that you honour your father and your mother (Exodus 20:12).

But there are some instances where even though God has said this is the prescribed or recommended way of approaching me, this is what you need to do to get to this particular level, to have this kind of breakthrough, God Himself in His sovereignty, at times suspends or puts aside protocol for a particular person, people, or nation.

Hebrews 7:12-14 is a clear example. In this scripture, we see God ‘breaking protocol’ to make Jesus a priest. Indeed, Jesus is our great High Priest. But before the coming of Christ, God through His servant Moses, had chosen the tribe of Levi to be the tribe from which priests in Israel must come from. The procedure in place was that if you wanted to be a priest in Israel, you had to come from the tribe of Levi (Deuteronomy 18:5). No other tribe had been given this privilege. But Jesus who came from the tribe of Judah was made a priest. Protocol was suspended in this instance.

Perhaps you may be reading this and saying well that was Jesus who more or less is God. He isn’t an ordinary person, His own example doesn’t really count. Would God break protocol for a person like me? The answer is YES! YES! YES!

Let’s look at the example of an ordinary girl like Esther. Esther’s story is a perfect example of how God can step into someone’s life and situation and because He wants to save or help that person, He suspends human laws, natural laws and even divine laws. He breaks protocol for that person.

In Esther’s time, the law that was in place was that unless the king sends for you, you can’t come before him. Even if you are his wife, you don’t have the right to approach his inner court anytime you want or anyhow you want. The king must first send for you. This was the protocol in place for seeing the king and if you didn’t follow this protocol, you would be put to death (Esther 4:9-11).

But Mordecai, Esther’s uncle, had urged her to go into the king’s presence to beg for mercy and plead with him for her people as an edict had been given that all the Jews – young and old, men, women and children be destroyed, killed and annihilated (Esther 3:13). Initially, there was some resistance on Esther’s part. Going to see the king when it wasn’t her turn to see him, could be costly, very costly. I believe however, that somewhere along the line, God ministered to her and Esther changed her mind. She was ready after God touched her heart, to take a big risk for her people. She took this brave and daring step and nothing happened to her. Protocol was set aside for her.

Why wasn’t anything done to her? Wasn’t this the same king that had banished Queen Vashti from his presence and replaced her when he sent for her and she refused to come? Why was Esther’s case different? Was it because the king loved Esther more than Vashti? Or was it that Esther was more beautiful or more intelligent than Vashti? How come one Queen broke protocol and she was punished, another Queen broke protocol and nothing happened to her; she didn’t suffer any severe consequences?

What It Will Take For God To Break Protocol For You

For God to break protocol for you, it will take more than your going to church every week, being a worker in your church, or being a regular tithe payer. There are certain characteristics, certain virtues that God must see in your life for Him to put protocol aside for you.

1. You must be consumed with a zeal to make a positive difference

Jesus came to the earth to die for you and I because He wanted to make a difference. He was consumed with a zeal to do something that would change people’s lives and situations. This was why God broke protocol for Him and chose Him to be a High Priest even though He didn’t come from the lineage of those who had been chosen and set apart to serve as priests.

Esther wanted to make a difference. She wanted to do something that would save and help her people. So God broke protocol for her sake.

Both Jesus and Esther did what they did not because they were seeking fame, praise or recognition from man. They simply just wanted to do something that would bring about a significant change in the lives of others.

2. You must be ready to get outside of your comfort zone

If Jesus was preoccupied with thinking about the comfort that was in heaven, He would never have left the splendor and glory of heaven to come to this earth to die for man. Jesus was ready to leave His comfort zone, He was ready to go the extra mile, hence, God broke protocol for Him.

The same applies to Esther. If she had been so busy thinking of all she was enjoying in the king’s palace, the comfort she was surrounded with, she wouldn’t have taken that bold step for her people. Esther was ready to leave her comfort zone. The result was that God put protocol aside for her.

3. You must have a special favour of God upon your life

The reason why Queen Vashti was removed from the king’s presence and her position given to another when she broke protocol and nothing like that happened to Esther when she also broke protocol, had nothing to do with Esther’s looks or qualification. It was simply divine favour in action.

Why We Need God To Put Protocol Aside For Us

If Jesus as perfect and sinless as He was found himself in a situation where God had to put protocol aside to use Him, how much more you and I with all our frailties. When God breaks protocol on your behalf, you will receive:

There are some situations you are in today that unless God puts aside protocol for you, you may continue to remain on that level or in that situation year in year out. But I believe a change has come for you. It’s your turn. It’s your turn for God to set protocol aside to bless you. It’s your turn to receive divine qualification, divine covering and divine speed.

34 thoughts on “WHEN GOD BREAKS PROTOCOL”