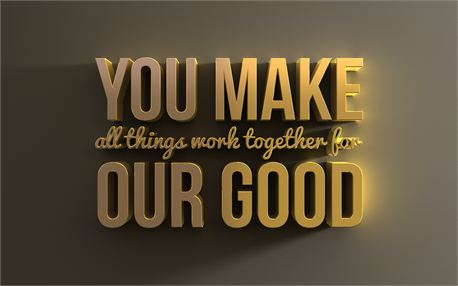 Who likes being sick, not having a child, being the only unmarried person among your colleagues and friends? Who looks forward to losing someone dear to you, having a stack of unsold products in your shop, not having money, or being demoted or sacked from work?  When we go through troubles or difficult times, some conclude that the trouble has come as a result of an ‘evil arrow’. Some others feel it is God trying and testing you. Then there are those who believe that problems come when you are negligent or careless and are quick to refer to passages like Matthew 13:25-30 which tells us that it was when men slept that evil or trouble was sown. While it is good to analyze and theorize the reasons behind troubles of life, the truth of the matter is that no matter how careful, hardworking, smart, prayerful, holy and discerning a person is, so long as you are on this earth, you can’t live a trouble free life. Even if you are God’s best friend, you won’t be exempted from troubles. Jesus didn’t mince words when He said “In this world you will have trouble” (John 16:33). It wasn’t the Pharisees, Saduceess, prostitutes, murderers or those with no heart and conscience Jesus made that statement to. It was to His disciples and invariably to you and I.

The reassuring news is that if we remain steadfast on the Lord and on His Word, after the darkness the sun will shine, after the storm comes calm, after you have lost opportunities and blessings, God will give you double for all your troubles. The double portion blessing is what God uses to comfort, settle and restore His children after they have been through hard and trying times. You shall partake of that double portion blessing this season.

When Job, one of the wealthiest men in his own days lost everything, no one thought he would make it again. Job had nothing to fall back on. No savings, no collateral to present to anyone to get a loan to revive his business or start a fresh one. This man was left high and dry. But he had one thing going for him – the voice of prayer.  Not even his well-built mansion being struck down by a tornado or the loss of all his children in one day was able to silence that voice of prayer. And it was that voice of prayer that brought him out of the mess he was in; that turned things around for his good, and made him a partaker of the double portion blessing. Job 42:10 tells us that “After Job had prayed for his friends, the Lord made him prosperous again and gave him twice as much as he had before”.

In the midst of all the pain and confusion, Job could still pray. And his prayers weren’t centered around himself. Job was able to lift his eyes from his own needs and problems and pray for others. The result was that he received double for all his troubles. To be divinely positioned to receive the double portion blessing, we must be able to look beyond our immediate needs and pain to others God wants us to reach out to.

In Isaiah 61: 7 God promises that “Instead of their shame my people will receive a double portion and instead of disgrace they will rejoice in their inheritance, and so they will inherit a double portion in their land, and everlasting joy will be theirs”. God doesn’t want any of us to end up in shame. We are not destined for shame but for glory. Like Hannah, there will be times when people will mock you because you don’t have something or because you are at a particular level in life (1 Samuel 1:6-7). But God will not allow your mockers have the final say or last word in your life. Peninniah thought Hannah would never have a child, but God surprised her. God will give you a double portion blessing that will take people by surprise but you must remain in the place of prayer. Hannah did not allow the taunts and insults of Peninniah to silence her voice of prayer. She stayed in the place of prayer and God doubled and multiplied her joy by blessing her with not just one but so many other children (1 Samuel 2:21).

God promises double compensation for past and present sufferings but you have to keep the flame of hope burning while going through challenging times. Zechariah 9:12 says “Return to your fortress, O prisoners of hope; even now I announce that I will restore twice as much to you”. The double portion blessing comes to prisoners of hope; to those who against all odds never give up but continue to put their hope in God. Don’t allow recession or any problem or situation make you lose hope. When your hope is in God, even in the midst of famine you will have plenty and be satisfied, even if there are no jobs, God will create one for you. Keep the spark of hope alive. Hold firmly to the God that never fails and God will surely still every storm in your life and give you double joy and honour for all your troubles.

2 thoughts on “DOUBLE FOR ALL YOUR TROUBLES”