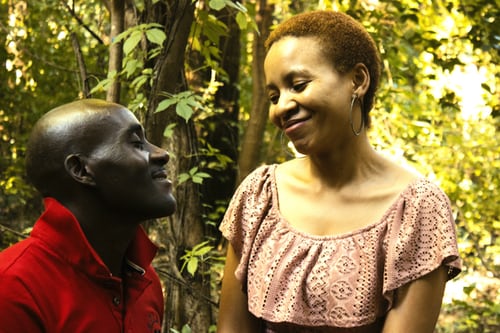 Cinderella, Rapunzel, Snow White and the Seven Dwarfs, Beauty and the Beast, the Princess and the Frog Prince. These are classic children stories. Growing up, these were my favorite fairy tales. The end was always my best part, the part I looked forward to. Sometimes when reading, I would skip some pages and go straight to the end. How I loved the phrase “and they lived happily ever after”. Those words sounded so beautiful. They brought the perfect end to a perfect love story. They began a marriage of roses and candlelight dinners. A marriage where you and your partner spend days gazing into the sunset and nights walking under the moonlight. A marriage free from pain, problems and hassle.

I believe most young ladies have a fairy tale mindset about weddings and marriage. We love to have a big fairy tale wedding which sets the stage for a fairy tale romance. We imagine a marriage like a perfect story book where a dashing prince is somewhere in the background ready to pick you up when you fall or run to your rescue at every corner where danger lurks. We daydream about a marriage where every day and everything goes perfectly well. Then you get married and reality sets in. This is no fairy tale. This is hard work! Challenges you never planned for come your way, discoveries about certain character traits in your partner you never in your wildest dream imagined he or she had start to unfold.

In Genesis 24:62-67, we read of the account of a couple whose union starts of like a typical fairy tale romance story. There was a handsome, charming gentleman going on an evening stroll. He looked up and voila! There was a graceful, elegant and beautiful damsel riding on a camel approaching him. Their eyes met. Their hearts entwined. There was something special in the air. Destiny had brought them together. Behold the story of Isaac and Rebekah. But because the Bible is not a fiction story or fairy tale, we see the true picture of marriage; a union though special and sacred in the eyes of God, yet with stormy waters to endure.

What was this couple’s story? They discovered marriage is a surprise box. Yes, there will be good and pleasant surprises in the box. But there will also be some trying situations that will take you by surprise. Trying situations you never thought of when you were thinking and planning for marriage. In their own case, Isaac and Rebekah had to go through a long waiting period for the fruit of the womb. The first three months of their marriage passed and hopes were high. By the sixth month, when Rebekah still wasn’t pregnant, agitation began to set in. Before they knew it, one year had passed and Rebekah still hadn’t gotten pregnant. Well, no need to get uptight Isaac and Rebekah must have encouraged themselves. Our marriage is still young, it’s too early to start getting worked up. Next year would be different. But the next, subsequent and other years that followed weren’t different. It wasn’t until the twentieth year of their marriage there was the sound of a baby in their home.

“And Isaac was forty years old when he married Rebekah daughter of Bethuel the Aramean from Paddam Aram and sister of Laban the Aramean. Isaac prayed to the Lord on behalf of his wife, because she was barren. The Lord answered his prayer and his wife Rebekah became pregnant (Genesis 25:20-21).

“After this, his brother came out, with his hand grasping Esau’s heel; so he was named Jacob. Isaac was sixty years old when Rebekah gave birth to them” (Genesis 25:26).

I can’t even begin to imagine what those long twenty years were like for Isaac and Rebekah. Sleepless nights. Tear drops soaking their pillows. Repeated visits to different hospitals and of course men of God. Days of locking themselves up in their room because they didn’t feel like being around people, especially those that ask insensitive questions and give unsolicited advice. Days of being angry with yourself, very angry with your spouse, and extremely angry with God.

Marriage is not a fairy tale. It’s a well wrapped box with some pleasant surprises and discoveries. Some of these discoveries will strengthen your faith and encourage your heart when you want to call it quits. Isaac’s reaction to the situation on ground wasn’t the usual male approach. Twenty years without child and he didn’t send his wife packing. Twenty years and he didn’t get another woman outside to have a child for him. Twenty years without a child and he didn’t marry another woman. Twenty years and he was praying not cursing. This was a pleasant surprise for Rebekah. It brought comfort to her in her most difficult moments. Just as Isaac was hanging in there, so was Rebekah. People would have told her there’s a curse on your husband’s life. His mother Sarah didn’t have a child until she was ninety. His family has serious ancestral problems. You better leave him while you are still young and have the opportunity to have children with another man. Twenty years of hearing things like this but Rebecca still held on. This was a pleasant surprise for Isaac. It brought encouragement to his heart on days his body was urging him to do the wrong thing. If truth be told, this was much better than any fairy tale could offer you. This was a true testimony of an enduring love. This couple had virtues like patience, faith, trust and determination that fade away in fairy tale romances.

Marriage is not a fairy tale but with prayer, with God’s help and strength you can make it. Whether it is a spiritual, emotional, financial or health challenge, you can make it with God on your side, with God backing you up. Marriage is not a fairy tale but there are awesome testimonies that will come your way if you hold on to God in the place of prayer. Prayer gave Isaac and Rebekah an awesome testimony of the faithfulness of God. After twenty long years, God made everything beautiful in His own time. So beautiful they had double for all their troubles. They were blessed with twins. So don’t give up. Pray. Pray again. Keep on praying. Even when it looks foolish, even when nothing seems to be happening, don’t stop praying. Hold firmly and tightly to God and He will give you an awesome testimony of his faithfulness in your marriage.

Marriage is not a fairy tale. There will be battles to be fought, serious battles. Prayer gave Isaac and Rebekah victory in the battle the enemy launched against their fruitfulness. There’s so much power in praying to a Living God we are yet to fully grasp and comprehend. Most times we trivialize prayer and undermine its power and place in our lives. Pray to the God who hears and He will give you victory in the battle you may be facing with infidelity, your children’s studies or character, your health, your fruitfulness or your finances. Don’t lose heart no matter how fierce the battle. Stay in the place of prayer, the place where battles are fought and Christ victoriously triumphs! Stay in the place of prayer, the place where expectations are fulfilled and even exceeded. Our God is a faithful God and prayer works! Answers may not come when and how you want it, but the God of all comfort will surely give you double joy and blessings for all your marital troubles.