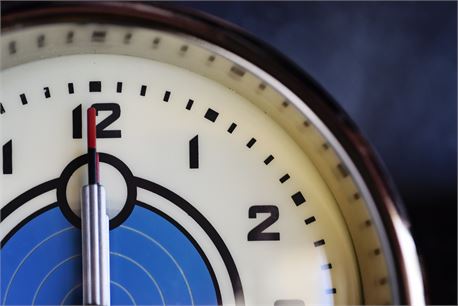 Jephthah was born with a stigma. His mother was a prostitute.  Even though there was a shroud of dishonour surrounding his background, Jephthah didn’t want his mother’s questionable lifestyle to define who he was. Against all odds, he worked hard to try and make a mark and become a respectable person; someone to be reckoned with. Jephthah grew to become a mighty warrior (Judges 11:1). Those in scripture who were referred to as mighty warriors were seen as champions, valiant heroes of their time who performed great exploits in battle like Gideon (Judges 6:12-13) and David’s special soldiers (2 Samuel 23:13-17).

To be a mighty warrior meant you were a person of honour. But Jephthah’s brothers born from another woman were not ready to give him any kind of honour. The victories and exploits wrought through Jephthah while on the battlefield meant nothing to his brothers. Though Jephthah didn’t choose nor was he responsible for his parentage, his half brothers looked down on him, discredited him and actually treated him as an invisible member of their family because he was the son of a prostitute. They didn’t give him any share in their family inheritance; they made life so unbearable for him that he had to run away from his father’s house (Judges 11:2-3, 7).

Tables aren’t static. Situations in life aren’t fixed. Tables can be turned around at any time. Situations do change. Only God is unchanging (Malachi 3:16). He is the Unchanging Changer; the One that doesn’t change yet can change people and situations. God can step in at anytime to change times, seasons and situations; He can arise and turn the tables around to favour His children. Jephthah for years had been oppressed by his brothers, they treated him like rubbish, but the day God turned the tables around, the same people that drove him away, were the ones desperately looking for him. In Judges 11:4-10, the elders of Gilead inclusive of Jephthah’s brothers were in a fix. They were in big trouble. They were faced with enemies stronger than them, enemies they had no clue how to defeat. The Ammonites had come against them and they needed someone to help lead them in battle to conquer the Ammonites. Ironically, the only person who could help them do this was Jephthah. “Some time later, when the Ammonites made war on Israel, the elders of Gilead went to get Jephthah from the land of Tob. Come, they said, be our commander, so we can fight the Ammonites. Jephthah said to them, ‘Didn’t you hate me and drive me from my father’s house? Why do you come to me now, when you’re in trouble?’ the elders of Gilead said to him, ‘Nevertheless, we are turning to you now; come with us to fight the Ammonites, and you will be our head over all who live in Gilead’.

Can you find traces of yourself in Jephthah’s story? Do people look down at you because of your poor background? Have you been sidelined because you don’t have clout or a large following? Are your suggestions, requests and applications usually ignored because you didn’t attend any of the prestigious schools or don’t belong to a particular class or social status? Are you treated with disdain because of some health challenge you have been struggling with or because you don’t have a job, don’t have children or aren’t married? Do people judge you by the mistakes of the past? Have people written you off because of your past, your background or financial level? I pray today you will encounter the God who can turn the tables around and make the rejected the celebrated, the despised the honoured, the undervalued the highly respected and appreciated.

When God turns the tables around to favour you, your background becomes inconsequential; a completely immaterial aspect of your life. When God turned the tables around to favour Jephthah, no one remembered that he was the son of a prostitute. The people didn’t mind having him as their leader even though he had a marred background. Your background is not an issue to God so don’t allow people make an issue out of it. Don’t allow your background keep you from getting to the heights God has for you. Promotion in heaven is not based on background it is based on divine mercy and favour. Anyone irrespective of the person’s background can become a recipient of God’s mercy, favour and grace. You don’t have to sit down in pity because your parents aren’t rich, you don’t have a godfather in high places, and it appears like all your peers have gone ahead of you in life. You shouldn’t go through life miserable and morose because you messed up and made some bad choices in the past. As long as God hasn’t turned His back on you, you can achieve greatness even if success and greatness is alien to your lineage.

When God turns the tables around to favour you, those who had been looking down at you will start looking up to you. When God turned the tables around to favour Jephthah and the elders of Gilead came to him for help, he asked them, “Didn’t you hate me and drive me from my father’s house?” In other words, am I not the person you were looking down on, the person you didn’t see any good in, the person you didn’t want to have anything to do with? What was their response? “Nevertheless, we are turning to you now; come with us to fight the Ammonites, and you will be our head over all who live in Gilead”. What were these men saying to Jephthah? Yes, we know we didn’t treat you well, we know we didn’t see any good in you, but that was then. Right now we need you. We desperately need your help. We can’t make it unless we have you with us. They were basically begging the same person they had once relegated to the background. God is amazing! This amazing God will wipe away all your years and tears of rejection. Those that had been looking down at you, those that in their wildest dream can’t imagine themselves having anything to do with you will soon come running to you for help. A divine shift is taking place right now. The one that was brushed aside, the one that was thrown out and trampled on is now being picked up and treated like gold (Psalm 118:22-23).

When God turns the tables around for you, even if you are in a hole, people will come looking for you. Maybe for so long you have been running after people, running after jobs, contracts and businesses, running helter-skelter for help and solutions. God is turning around the tables and you are going to experience a change. The pursuer is becoming the one highly sought after. When God turned the tables around for Jephthah, the people were the ones who came looking for him even though he was at Tob; a dwelling place for idle people, adventurers and poor people. When God turns the tables around to favour you, your value will become so great in people’s eyes, you will be in such high demand, people won’t mind going to any extent to look for you or get you.  Divine success is not based on a physical location; where you live, where your business or ministry is located, it is based on who you are connected to. If you are connected to God, even if you are at Tob; even in an obscure location, God will bring you from obscurity to limelight. In that forgotten place, jobs you didn’t apply for will be offered you. Jephthah didn’t go to Gilead to canvass for a leadership position. He didn’t even know they were in need of an army commander. The job and position came looking for him. God will turn around the tables to favour you this season and jobs, positions, businesses, blessings and opportunities will come looking for you. The day God turned the tables around for Jephthah, a testimony came knocking at his door. Testimonies will come knocking at your doorstep this season in Jesus mighty name. AMEN!

Are you ready for an unusual, mind-blowing change in your life? Then ask God to give you a heart of forgiveness. Imagine what Jephthah would have lost if he was living in bitterness and hadn’t forgiven his half brothers. He would never have become the leader God had destined him to be. When his brothers needed someone to save them from the Ammonites, it was a perfect opportunity for revenge; a time to give them a taste of their own medicine. But because Jephthah had forgiven his brothers, he could help them when they were in need of help. By agreeing to help the same people that oppressed and mistreated him, Jephthah positioned himself for God to open a new chapter in his life. The battle he fought against the Ammonites as well as subsequent battles landed Jephthah on the list of God’s heroes of faith. “And what more shall I say? I do not have time to tell about Gideon, Barak, Samson, Jephthah…who through faith conquered kingdoms…escaped the edge of the sword; whose weakness was turned to strength; and who became powerful in battle and routed foreign armies” (Hebrews 11:32-34).

I pray bitterness, an unforgiving heart, living in the past or focusing on the wrong things  will not stand in the way of our being exceedingly blessed when a divine shift takes place; when God arises to turn the tables around.